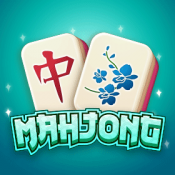 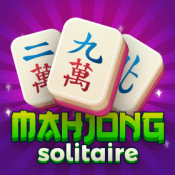 Mahjong games have recently been considered to be the new hit among online puzzle games enthusiasts. Let’s join us to dig into our collection of free mahjong games online, with not only the original version but also hundreds of spin-offs that will guarantee an unforgettable time for mahjong lovers.

What are you waiting for mahjong connoisseurs? Challenge your expertise with our free online mahjong entertainment now.

First Thing First, What Is Mahjong?

Mahjong is a traditional Chinese game using different tiles. Specifically, there are 136 tiles, including:

These categories make up the suits. They are, in turn, divided into four sets of 1 to 9.

Also, there are 16 wind tiles and 12 dragon tiles in the basic set of mahjong.

This game is played by four players, all of whom pursue the same goal: to get a mahjong, which is equivalent to finalizing all of their 14 tiles into four sets and a pair.

One major alert: you will very possibly find versions of mahjong with extra tiles, 4 seasons, and 4 flowers tiles to be exact.

Sounds pretty intense isn’t it? Trust me, you will get the hang of it after a couple of games in our library of free online mahjong.

Meanwhile, if you want to learn more check out our mahjong tutorial How To Play Mahjong.

The History Of This Magnificent Game

Free mahjong games online are based on a traditional Chinese game with the same name. Many historians claim that this game was first played in the late 1800s and was brought to the US in the 1920s.

Despite being a traditional game, Mahjong was once banned in China in 1949 as the authority, at that time, believed that this game was the embodiment of capitalist corruption. This game was allowed back on the surface in 1985, as a result of the Cultural Revolution.

Despite having written records indicating that mahjong has appeared in America since 1985, it was introduced entirely in the US in the 1920s.

During its introduction to the US market, this game received its most important modification in terms of rule. A man named Joseph Park Babcock published a rule book for this game. This manual was known as the red book. In the red book, Joseph laid out the rule for Mahjong. However, the rule has been made much simpler and streamlined to make it more accessible to the American public.

In1937, the National Mah Jongg League was established, making MahJong even more popular to Americans.

Mahjong Online Games, All You Need To Know

How To Carry Out A Game Of Mahjong?

As mentioned above, the ultimate objective of a mahjong game is to organize your 14 tiles into four sets and one pair.

A set can either be a pung (3 identical tiles) or a chow (3 tile consecutive tiles of the same suit). A pair is quite straightforward to understand.

At the beginning of the game, all 144 tiles will be scattered and shuffled together. Each player will build a two-storage stack consisting of 34 face-down tiles.

The dealer will start the game by rolling the dice, count as many tiles starting from the right of their stack, separate the stack at that point and start dealing clockwise. After the dealer finishes, he will discard a tile and the game continues to his left.

At the start of your turn, you will discard a tile, and then pick up a recently discarded one. If the tile you pick up completes a pung or chow, you will have to reveal the set and the game continues.

During its earlier years in the US, this game was usually played by Jewish women. It was thanks to this demographic group that Americans today can enjoy their own exclusive version of Mahjong.

How Long Does An Average Game Of Mahjong Last?

An average game of Mahjong can take up hours of your day. Crazy, isn’t it?

However, with traditional mahjong online games, the time spent on one game can reduce significantly. This is due to the timing mechanism embedded in many mahjong games. Hence, it would take roughly less than 20 minutes for you to finish a game of mahjong online.

Mahjong is enjoyed mostly in Chinese communities around the world. However, now you can find variations of this game all over the Internet. To be a proficient mahjong player, simply keep these rules in mind next time you play.

From Ancient to modern China, and eventually spreading to the U.S. as a cultural package of Chinese immigrants, Mahjong has become an iconic image of the US-based Chinese community. Moreover, this game is gaining popularity even among Americans. Let’s look at a few reasons for this:

The Benefits Of Free Mahjong Games

Similar to many other puzzle games, Mahjong presents many benefits to the players:

Nowadays, it is extremely hard for mahjong enthusiasts to find the time to sit down for a traditional mahjong game. Therefore, free online mahjong games are created to help them enjoy their favorite game in a less time-consuming manner.

Not only is our library of free online mahjong games, there are a lot of new variations for those looking for a fresher experience.

So what are you still waiting for? Gather around and get down to one of the best mahjong games from our collection now!