How To Play Mahjong: 18 Helpful Tips to Win in Mahjong Game 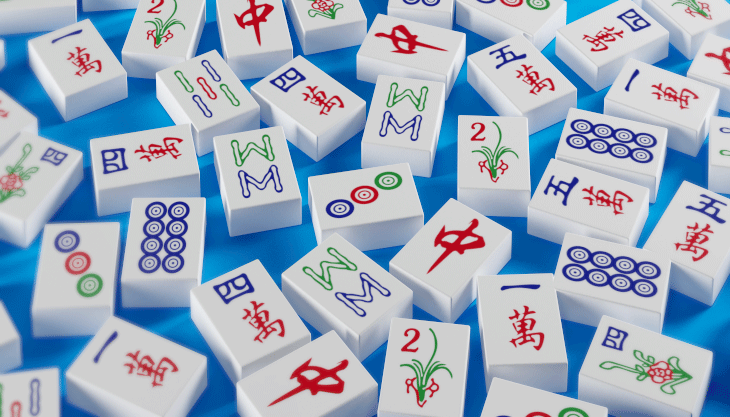 A Comprehensive Guide For Newbies And Experts

Mahjong is a popular tile-based game that originated in China during the Qing dynasty. Although the game originated in China, it has become popular in many countries of the world, and many people want to learn how to play Mahjong.

Typically, four people often play Mahjong; however, some variations of the game played by three people.

Mahjong is indeed a game of strategy, so you might need to task your brain a little bit. If you don’t know how to play Mahjong, don’t fret as it is easy to learn, and once you get the hang of it, there is no stopping you.

If you want to learn how to play Mahjong and wish to become a whiz at it, then pay close attention as you read through the following pages.

Things you would learn in this article include but are not limited to the following:

As explained in the introductory section, Mahjong is a board game like rummy; however, “Mahjong” is played with tiles instead of cards. Usually, you play Mahjong with four people, but you can play with three people in other Mahjong variants.

The main aim of the game is to create Mahjong by forming four melds and a pair. You’ll find there are many variations of Mahjong. Hence Mahjong rules aren’t definitive.

What Will You Need To Play Mahjong?

How to Play Mahjong Game

these include north, east, south, and west winds. There are a total of 16 Mahjong winds, four of each kind.

An image showing the wind tiles

these include white, green, and red dragons. The white dragons are also known as soap and can be used as zeroes when putting some hands together. There are a total of 12 Dragon tiles, four of each kind.

An image showing the dragon tiles

The Flowers and Seasons:

An image showing the flower tiles

The Jokers or Wild tiles:

There are a total of 8 tiles, all identical.

An image showing the joker tiles

Use the Honor tiles like Suit Tiles. And it would help if you decided whether you will use the bonus tiles or not.

Now that you are familiar with all the tiles, the next step is to set up the game.

Setting up the game – how do you play Mahjong with your peers?

Place all the tiles on the table face down; then, players wash or shuffle them by placing their palms on the tiles and moving them around the table.

Next, each player builds a wall in front of their playing space.

Taking turns, each player rolls the three dice. The player with the highest total is the dealer. The directional die is placed in front of the dealer.

Using the total number the dealer rolled with the three dice, the host counts the tiles along the wall in front of him. For example, if the dealer rolls a 12, start with tile number one on the top row to the right.

Moving clockwise, count the tiles, and stop at number 12. Make a space between the 12th and 13th tiles, the same way you would cut a deck of cards in a card game.

The dealer takes a chunk of the Mahjong wall equal to four tiles, two from the top row, and two from the bottom row. Then, the person to the dealer’s left takes the next four tiles and so on. Each player takes his or her turn in a clockwise motion grabbing four tiles each until the dealer has 12 tiles.

Then, like before, the person to the dealer’s left takes the next four tiles, and so on until each player has 16 tiles. All tiles remain face down and hidden from other players.

Playing Mahjong for beginners and experts

When you play Mahjong, you must focus your attention on the game, especially if you are playing against experts who know how to play Mahjong quite well. Once gameplay has started, each player looks at their tiles and places them on the rack or their sides. The tiles should remain hidden from other players.

Any tile combinations automatically drawn, such as straights or three-of-a-kind, should be placed face up in a set order in front of the player. For example, if there is a straight using two, three, and four, then place the tiles in numerical order: two, three, and four.

The dealer draws one tile from the wall. The dealer can then choose to keep the new tile to help create a set or discard it. If the dealer decides to hold on to the drawn tile, they must discard one of their original tiles. While 17 tiles are needed to win, only 16 are kept at each turn unless the player is declaring victory.

The player to the dealer’s left can either draw the next tile from the wall or take the discarded tile that the dealer discarded. Regardless of which option the player takes, the player can choose to keep the new tile to help create a set or discard it.

As players continue to create straights and three-of-a-kinds, they call out the set’s name and place it in front of their play area.

When drawing a tile either from the wall or within the walls, if it creates a four-of-a-kind, say “gàng!” Just as with chī and pong, players can grab a tile out of turn if it gives them a four-of-a-kind.

After placing the four-of-a-kind in from the player’s game area, the player takes an additional tile from the wall. However, the tile is taken from the opposite end of the wall.

At the end of each round, payment to the winner may be made if the game is being played for money, and points for each player’s hands are tabulated.

18 Helpful Tips on how to play Mahjong game

Get familiar with the Charleston in Mahjong

The Charleston is a ritual unique to American Mahjong with roots to its beginnings in the early 1920s. Charleston has become one of the most popular Mahjong rules. It is an exchange of tiles that gives each player a chance to improve her hand, bypassing unwanted tiles face down to other players.

Each player passes three unwanted tiles to the player to her left, known as ‘first left.’ The player is allowed to ‘blind pass.’ A blind pass is taking the tiles received and passing up to three without looking at them. If the number of tiles passed blindly is less than three, then you will add three unwanted tiles from your hand.

The Charleston may proceed a second time if all the players agree. The second Charleston proceeds in the following sequence:

At the end of the second Charleston, a player may make an optional ‘courtesy pass.’ The player may agree with the player across from her to exchange up to three tiles.

Note that you cannot pass jokers during the Charleston and courtesy pass.

You may want to change your proposed hand during the Charleston as you may realize that a different hand might be ideal than the original one you had in mind.

Mahjong is an extremely engaging game with a heightened level of socialization. It integrates people, helping them to bond well among themselves. Typically, four people often play Mahjong, although there are several variations of the game, including the one played by three people.

As you learn to play Mahjong, a tiles-based board game, never forget to have fun and remember that learning how to play Mahjong game expertly is a continuous process. Hence, keep playing the game until you become the best at the table.

Get ready for this year’s most action-packed puzzle runner in 3D! You have to guide your group of characters through a tough obstacle course, filled with dangerous traps and deep canyons.

Develop your logical skills together with Happy Glass. Draw lines to maximize your creativity. Create the best line for happiness.

Viking Fight is an epic war adventure in a viking simulator game.

Can you handle this crazy parking without any collision? You have limited gasoline so keep your eye on it.

Pool Buddy is a fun arcade game and it’s perfect to play in this time of year. Pool Buddy is suitable for all ages. The aim of the game is to get our lovely Buddy to the pool. 15 levels of fun are waiting for you. Have fun playing.

Traffic Racer game is a run game. You control a sports car that must avoid opponents vehicles.

Get ready for a new, challenging, and original matching pairs game. You need to match 3D objects on the ground and pop them all! When you clear a level, you will find new objects to pair.

You have to compete in a big arena for who is best in building stairs against a variety of difficult enemies. So are you ready to compete in the world’s biggest stair-building challenge?