Understanding How to Play Dominoes Game 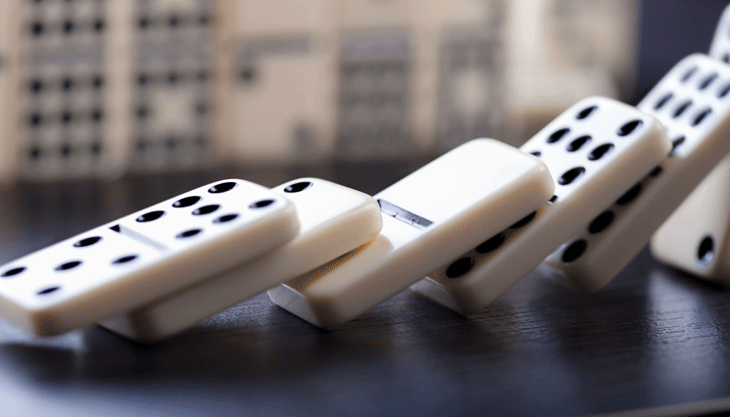 Have you played Dominoes before? If yes, what was your experience? It is worth noting that this game has been around for centuries, although not known with the materials that make up each piece that we know today.

In ancient times, players crafted domino pieces from other objects, like stones, ivory, and animal bones. Fast forward to today, most wooden boxes house plastic dominoes, also known as tiles. Before playing this game of dominoes, you have to understand it entirely. Do you know how to play dominoes?

Let’s start by discussing the game tiles. Do you know why these pieces stand easily without tipping over? It boils down to their dimension.

To play dominoes effectively, manufacturers ensure each domino meets the standard specification. As such, a domino’s length is twice its width and, in turn, twice its thickness. That way, you can enjoy your dominoes game without interruptions.

Although the tiles are of standard dimensions, they can come in any size. However, conventional pieces often spot a width and length of an inch and two inches, respectively.

But that is not all. They also have two opposite sides, the front and the rear, which may feature specific design patterns or stay blank. There is a line separating the top and bottom parts equally.

Each segmented section is inscribed dots (also known as pips, dobs, or nips) representing a numbering system. But not all tiles have these inscriptions. As such, these pieces represent zero. Your dominoes game sets can come in different color schemes.

Notwithstanding, you will mostly get either black tiles with white nips or white tiles with black nips. Before you learn how to play dominoes, let’s discover more about the “pip” representation of the dominoes game.

Representing the Dominoes Game with Pips

You can’t play dominoes professionally without understanding what each dominos game pip represents numerically. Interestingly, this factor is part of what shapes the game rules. The number of nips on either half of the tile determines the domino’s name.

What does this mean? If a piece has six pips on its upper section and four pips on the lower section of its face, it is a 6-4 domino, which is also a combination domino or single. On the other hand, if both sides are of the same number, you can refer to the tile as “doubles” or “doublets”. 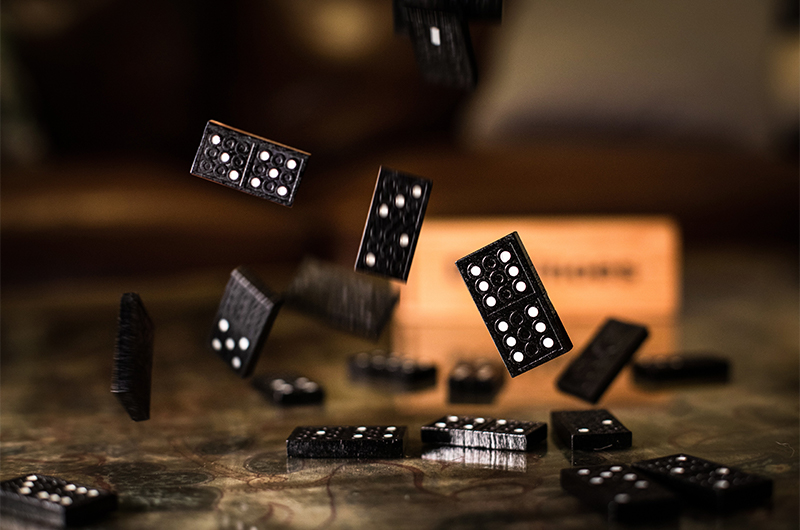 The former fits solely in one suit, whereas the latter is of two suits. A 4-3 tile falls under the 4-suit and 3-suit. The nip number serves more than one purpose.

For example, when playing dominoes, you can add or subtract pips to score points or use the pip numbers to match your pieces, based on the game of dominoes you select.

How Many Dominoes Are in a Set?

To know how to play dominoes, you should know specific terms, especially in the area of grouping.

So, what do you call a set of tiles? A deck. And you may be wondering how many dominoes are in a deck. We will get to that quickly.

For beginners learning “how to play dominoes game,” playing the double-6 set will be ideal. But how do these sets get their names? The tile with the most nips in a set determines its designation.

So, a double-12 set will have a 12-12 domino. Larger sets are great for more domino players. Nevertheless, you can modify the domino rules to accommodate the set type.

For each set, you have the probability of all combinations of two numbers available for play. Explaining further, your domino combination may range from zero (for empty tiles) to double 15 (for a double-15 set). 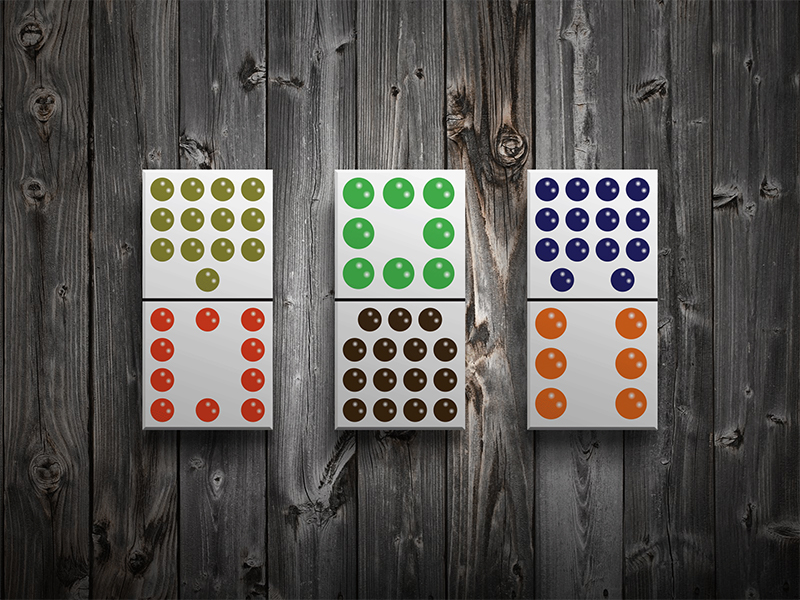 Kindly bear in mind that you can only come across a single combination appearing once in a set. Individuals learning how to play basic dominoes may use the traditional double-6 set.

This option comprises 28 dominoes – 7 doublets and 21 singles. You will come across each number six times on the “singles” and twice on the “doubles.” That being stated, it is time to unveil the “domino how to play” rules.

If you are keen on knowing how to play dominoes, it’s recommended that you understand the game rules. In this section, we will take you through each step.

These dominoes game rules can help you to understand how to play dominoes better. Next, we move on to the “domino how to play” strategy for beginners. 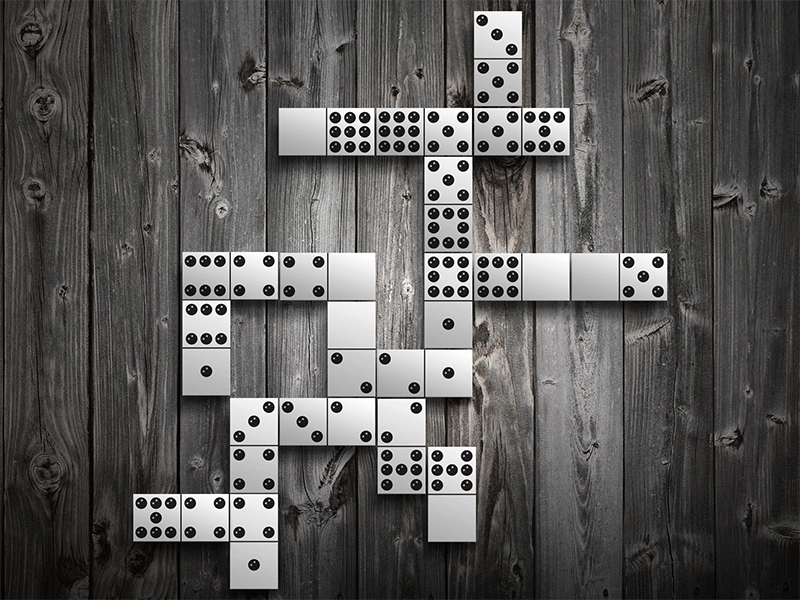 How to Play Dominoes for Beginners

Have you ever found yourself on a losing streak while playing dominoes with your friends or a stranger? It must have been frustrating for you. But don’t beat yourself too hard as you are not the only one on this boat.

Several beginners who play dominoes state the same experience. Nonetheless, here are some tips on how to play dominoes even if you’ve never held a domino.

How to Play Dominoes Strategy

As a beginner who wants to learn how to play dominoes, following the dominoes rules is not enough, you must have a strategy. And it is essential to know how to block and draw during gameplay.

Although the strategy we are about to discuss is basic, it will help you know how to play regular dominoes, known as basic dominoes or classic dominoes.

In a dominos game, it is challenging to place doublets on the layout as you proceed. The reason is based on the fact that these tiles have the same nip value on each section. Hence, there are fewer opportunities. As such, you should play them early in the game.

People who play dominoes often know that it entails probability. You can’t ascertain who will emerge as a winner in a game round. As such, you don’t want to end up with heavier dominoes when your friend wins. To be on the safer side, you should play your most-numbered tiles early, as this will prevent you from recording the most points for your opponent.

3. Your Suits Should Be of Various Combination tiles

This factor is essential in knowing how to play classic dominoes excellently. You have to stack a wide variety of suits, which will give you several winning opportunities during gameplay. Running out of corresponding dominoes will not be a concern as there is always a tile to place on the layout.

When you play dominoes with your friends, you may notice them drawing from the leftover tiles. Often, this happens when they don’t have a matching domino to go with the active tile in the layout. It is essential to consider the suit values unavailable and devise a way to block them as you progress.

Mastering how to play basic dominoes is a walk in the park if you know what to look out for during gameplay. Once the game is in motion, analyze the layout of the dominoes played and those in your hands as well. With this, you can know what tiles are in your opponents’ custody and strategize on blocking them.

How to Play Regular Dominoes

Every beginner is keen on knowing how to play regular dominoes. Interestingly, the “how to play dominoes strategy and rules” discussed previously applies to this section.

So, whether you are learning how to play classic dominoes or any other type, you can use them to block and score points. Nevertheless, some additional tips are provided to help your skills.

However, kindly bear in mind that this strategy may blow up on your winning opportunity if your opponents draw from the leftover tiles. 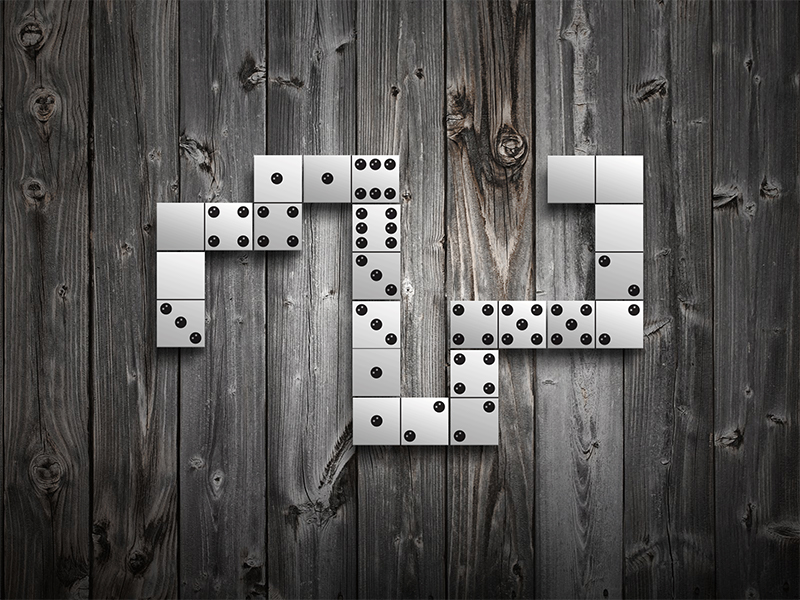 Once you have mastered “how to play a dominoes game on a beginner level,” you can improvise more strategies to score points. Let’s start by discussing these few but valuable tips. They may seem advanced but priceless when you grasp them.

1. Apply the Rule of Set

Set is an exciting topic you will come across in mathematics. In dealing with the [n-n] set equation, if k (representing a number) is greater than or equal to 0, but less or equal in value to n, the occurrence of such a number in the dominoes will be “n plus 2.” Why is this important? You can easily anticipate your opponent’s moves and block them.

You may or may not have heard of this law. According to this theory, when using the blocking strategy on single spinner tiles (doubles that start the game), the total number of the four surrounding dominoes must be even as the doublets are even. As such, you can easily block your opponents.

3. Blanks Aren’t Bad at All

Depending on the rules you set for the game, blanks can serve as wild cards that provide limitless opportunities to score points or block other players.

4. Know When to Skip a Turn

If you are playing unique domino variants, such as Cuban Dominoes, you have to know when to pass on a turn. This strategy comes in handy when your opponents have fewer moves.

How to Play Dominoes with Pictures

Picture dominoes are no different from their number counterparts, especially in gameplay. However, for clarity’s sake, here is how to play dominoes with pictures. 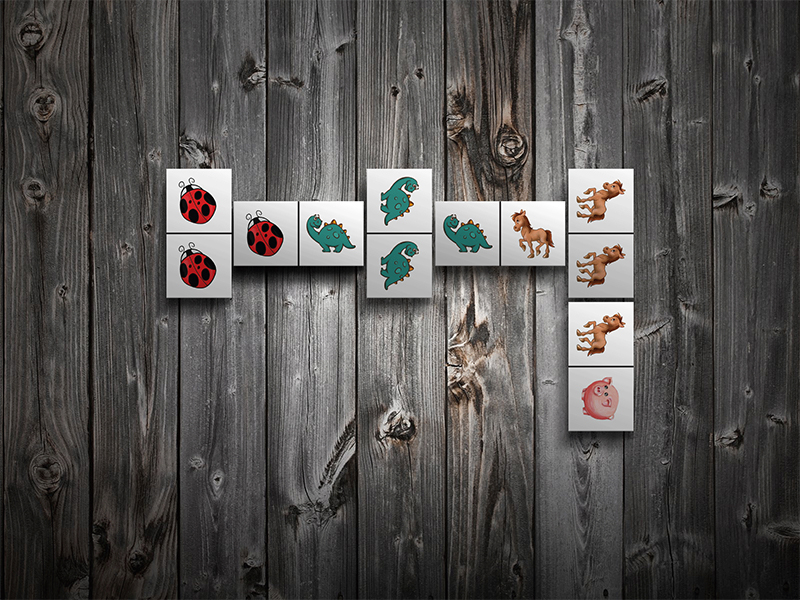 Having studied this guide, including topics discussing how to play dominoes for beginners and professionals alike, you should have gained the knowledge required to take on anyone in this game and score significant points.

And dominoes is an exciting game that anyone can learn.  By following the rules and strategies discussed on how to play dominoes, you ace the game and become the master.

So, what are you waiting for?  It is time to put that knowledge into action and wow your opponents.

Racing Monster Trucks – Rev up your engine and leave your competitors in the dust in this thrilling monster truck racing game!

Are you fast enough to run like a swift ninja and destroy all enemies on your way?

Protect your tank! Bombs are falling all over from the sky! Move fast and shoot them all!

Drive fast on a highway? Yes you can! Train your driving skills and fast reaction.

Truck Trials is a real challenging drive. Get into your awesome monster truck, crush obstacles and reach the finish line as fast as you can!

Can you handle this crazy parking without any collision? You have limited gasoline so keep your eye on it.

Do you have what it takes to help the Frog jump, paint and spacewalk the way to his sweetheart? Try Tap the Frog to test your skills!

Lots of people want to be great dentists. Is that your dream? Now you get a chance to treat those poor patients at the clinic in this dentist game! Patients are lining up outside. Let’s start to check patients’ teeth/tooth problems. They suffer from kinds of teeth problems such as bad teeth, tooth decay, dental calculus, and more.